The French market of comic books is almost 20 times bigger than the Italian one. That explains why more and more Italian authors decide to live in Paris, where most of the publishers are.
Not much after my arrival in Paris I met some of these authors and was amazed at how they often got together, regardless of different age, style, life experiences. Like if they were part of a little community: that of Italian comic artists, besides that of Italians living in Paris.
I then decided to follow them in their work. First together, during “action drawing” nights around the city. Then individually, in their studio, while working.
Photographing them I discovered how personal their approach to drawing is. Everybody has his own way of concentrating, which shows in their gestures, postures, expressions. Everybody has his own rhythm, and everybody works in his own way. It is comics that unites them, and the solitude in the work. Because drawing 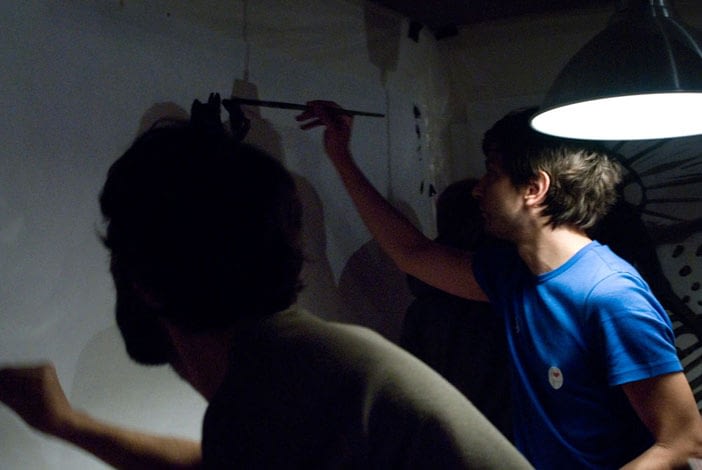 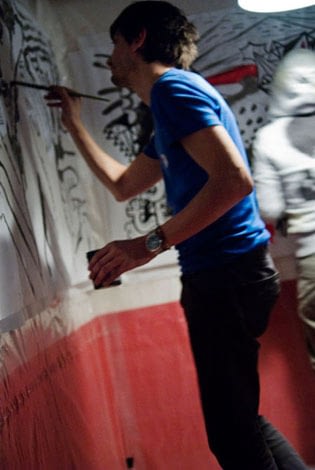 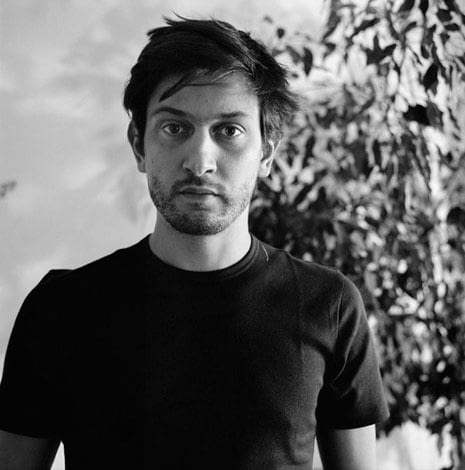 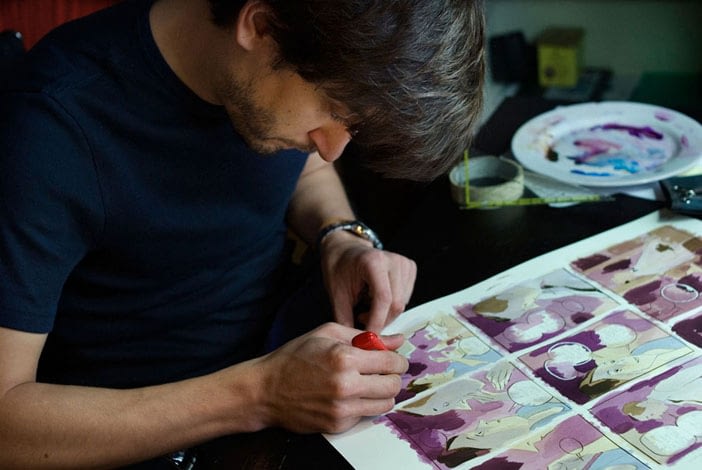 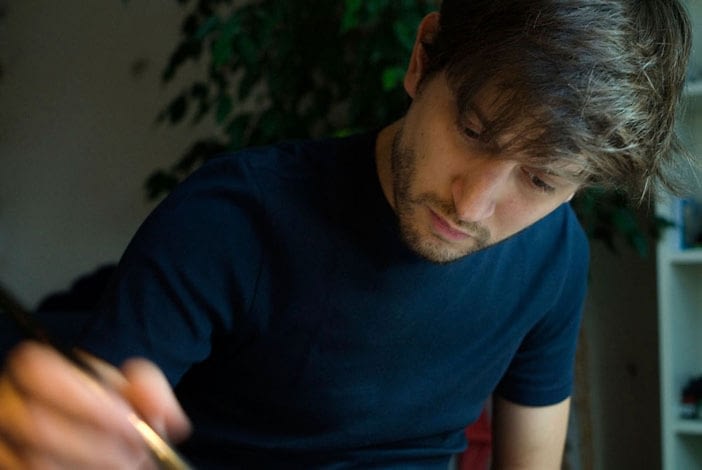 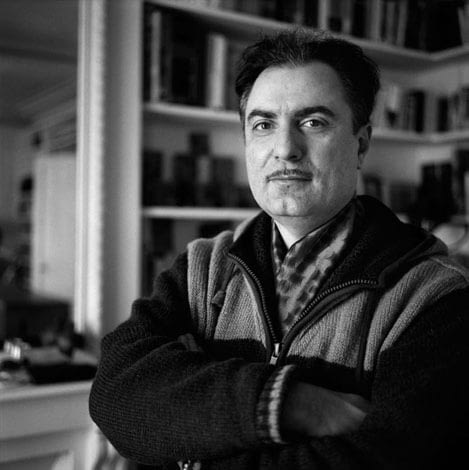 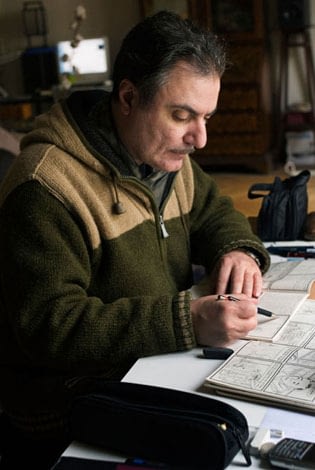 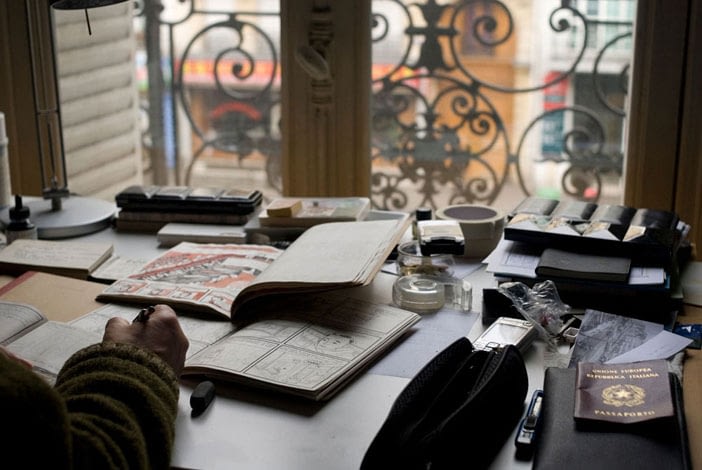 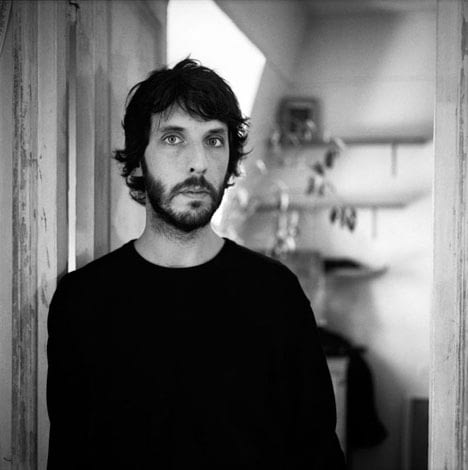 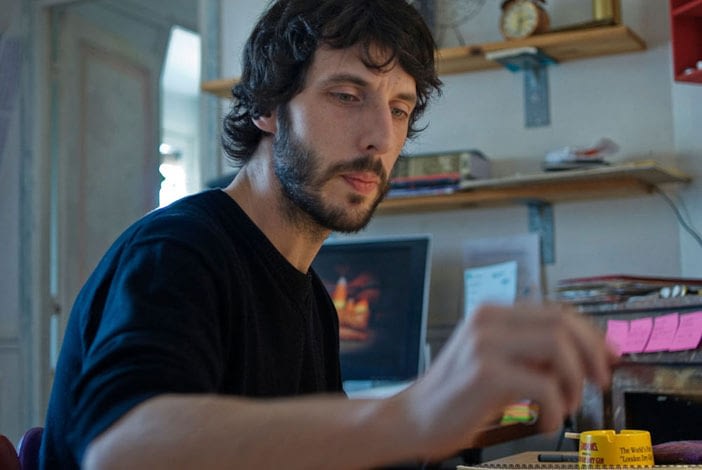 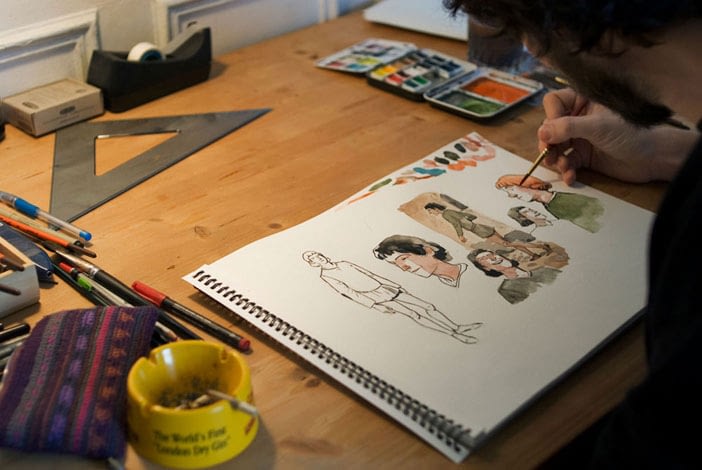 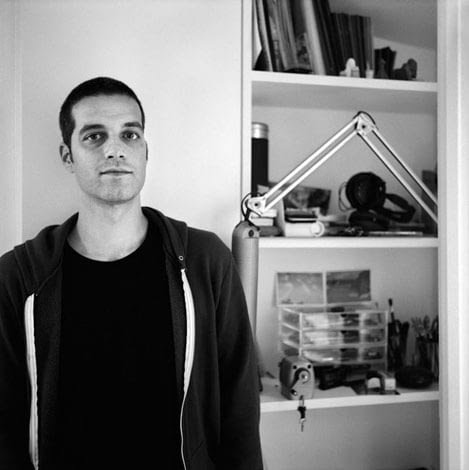 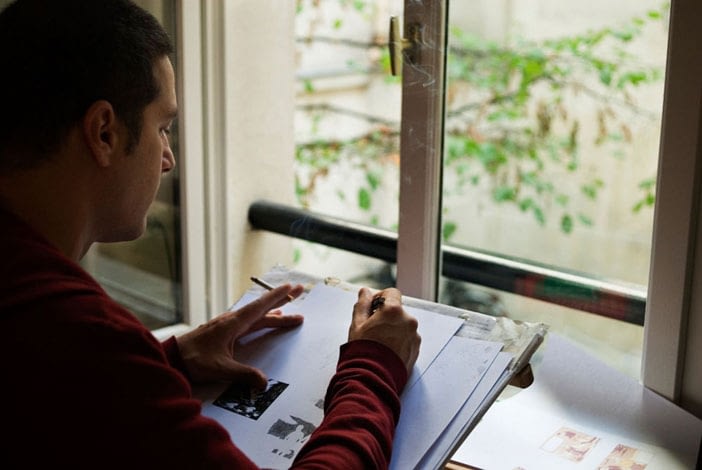 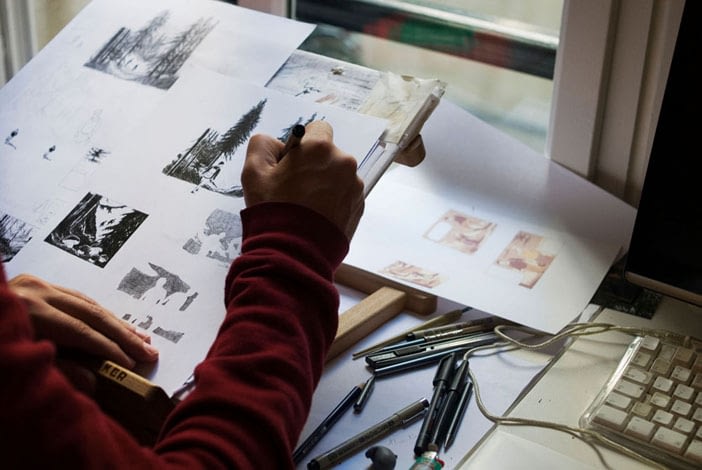 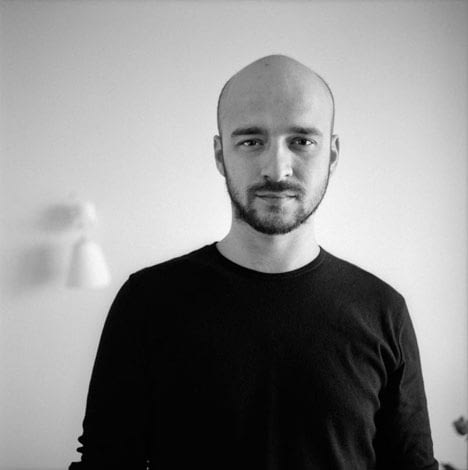 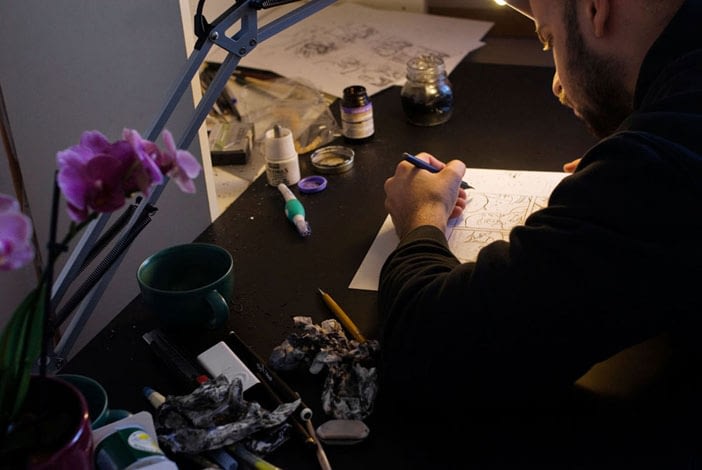 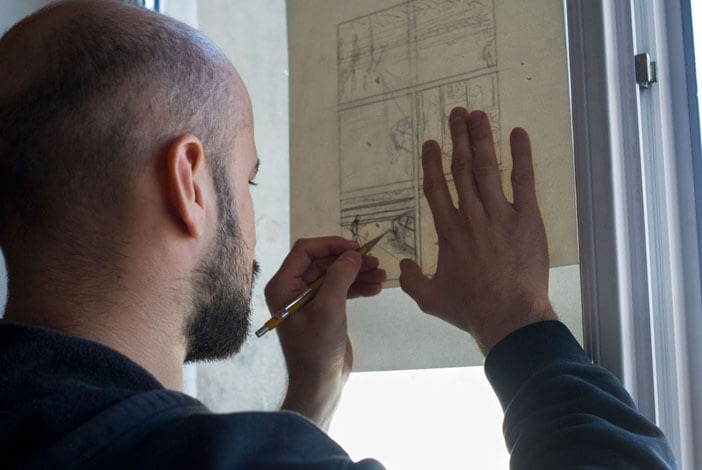 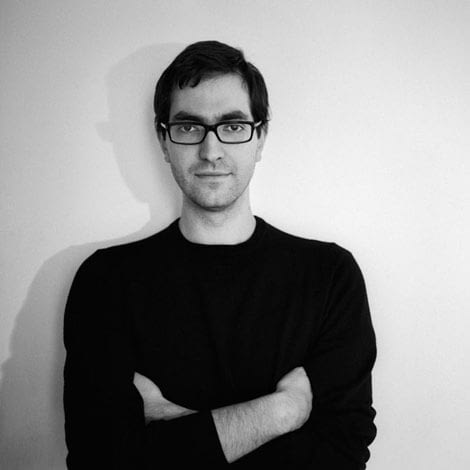 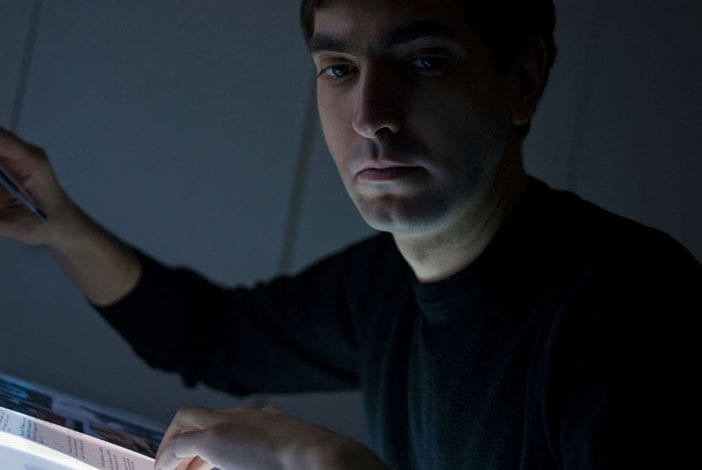 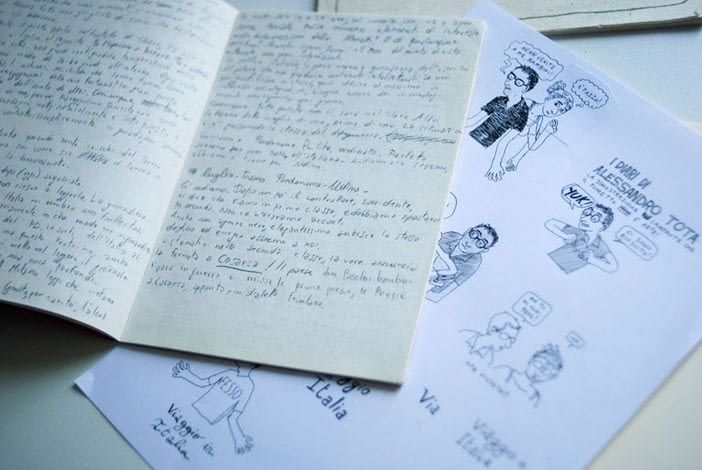